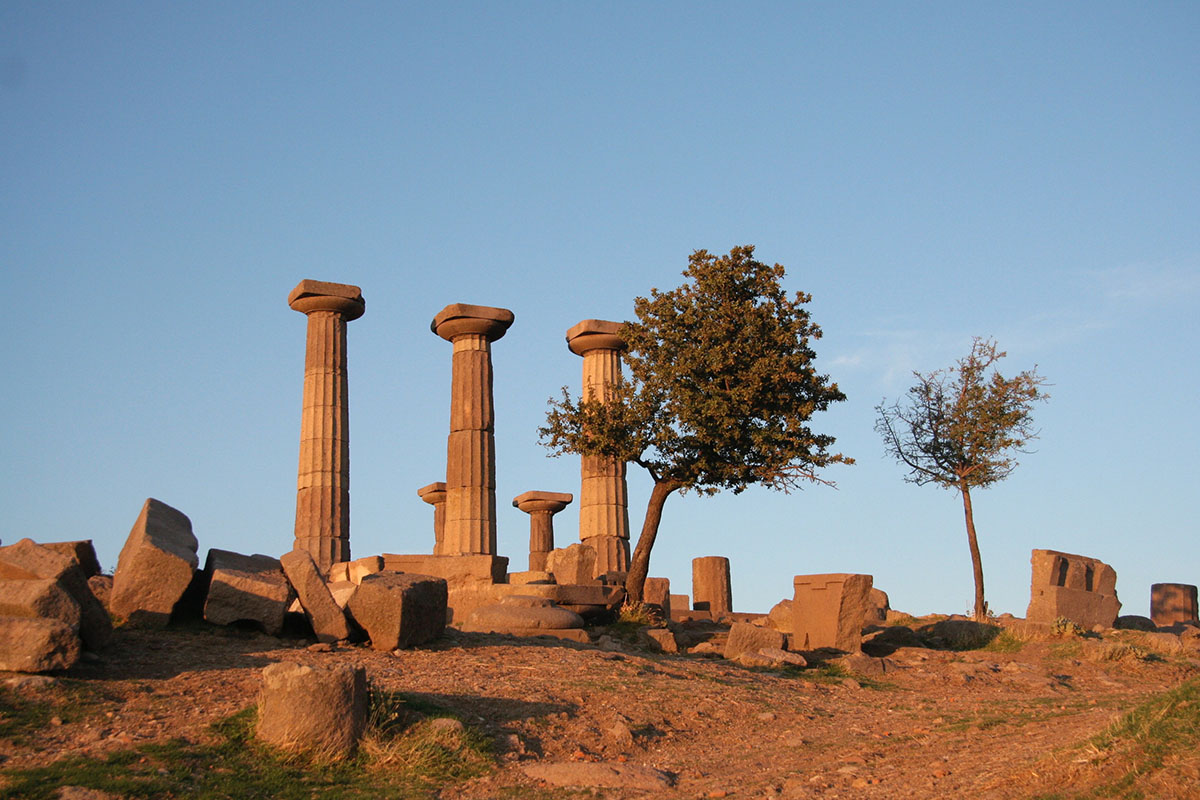 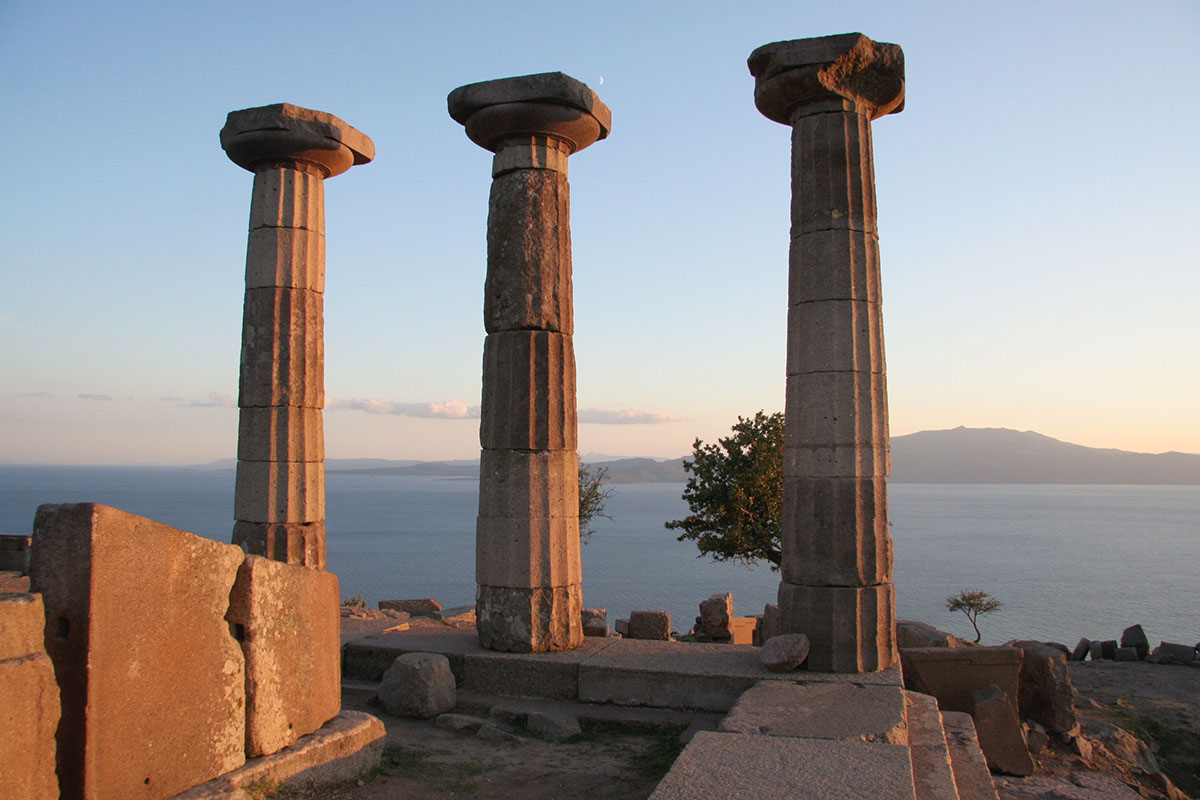 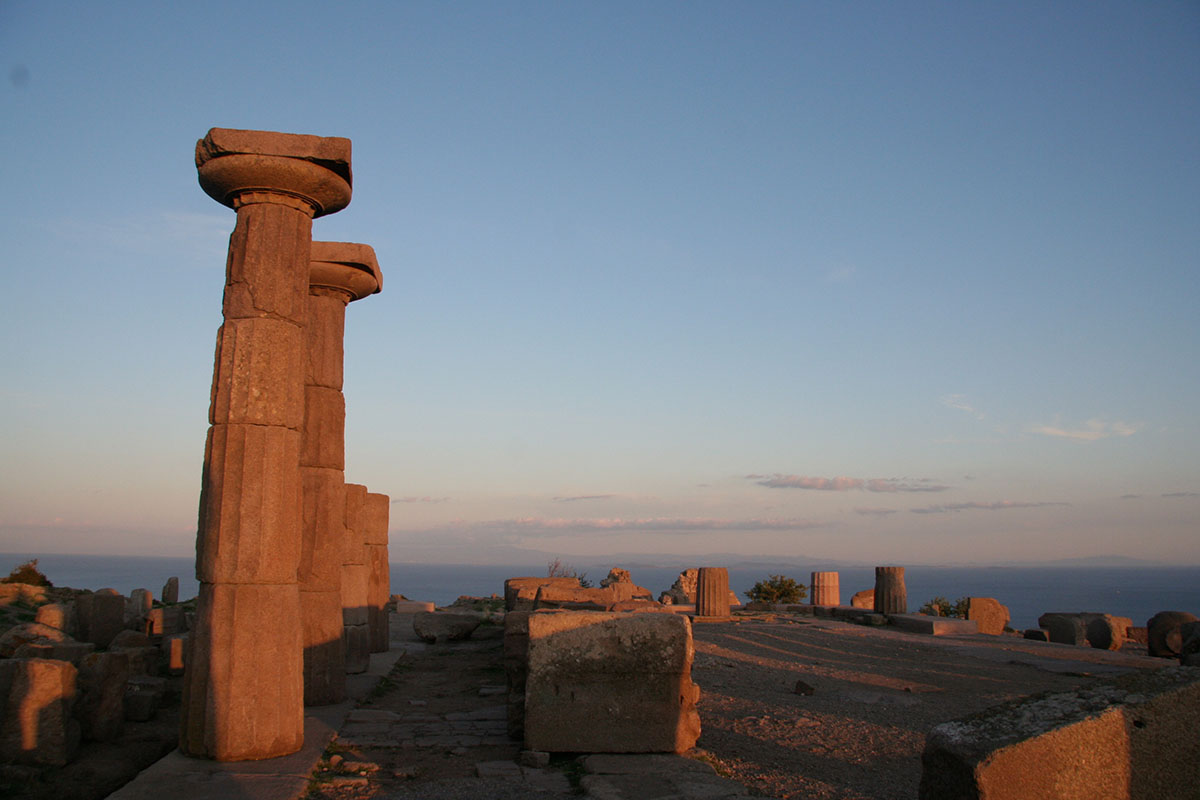 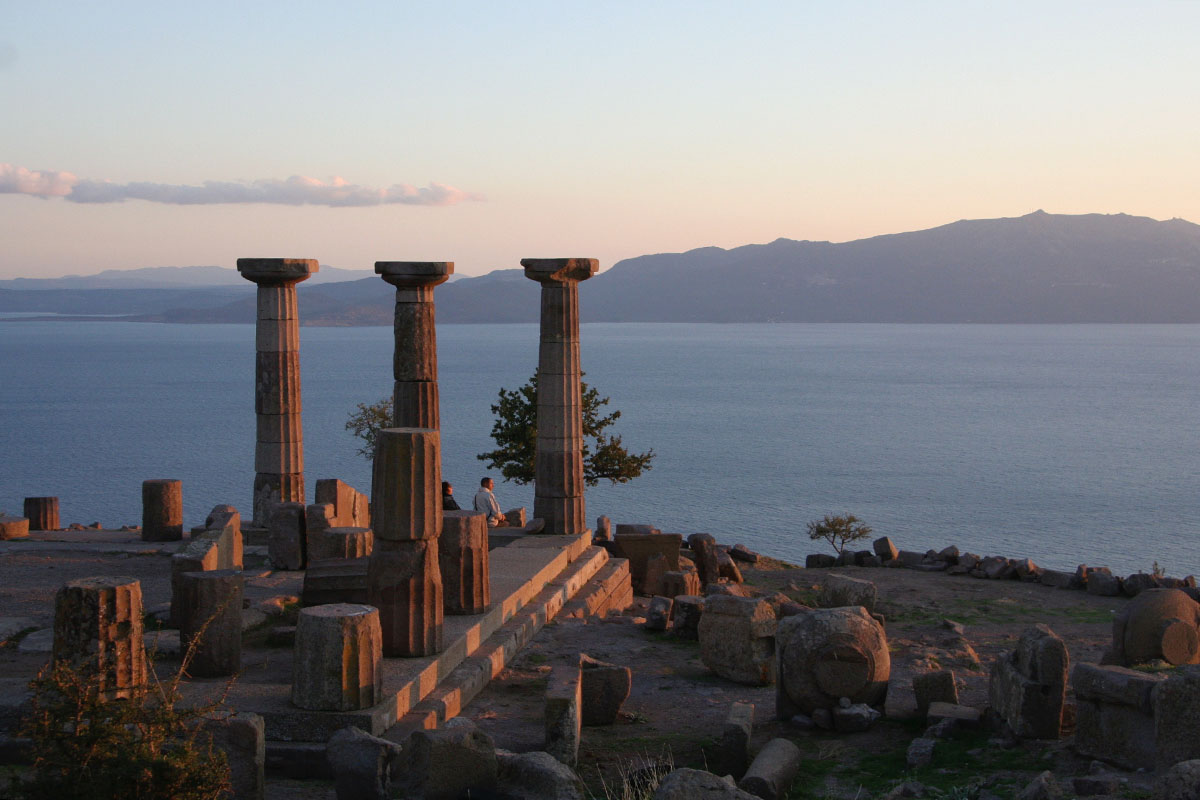 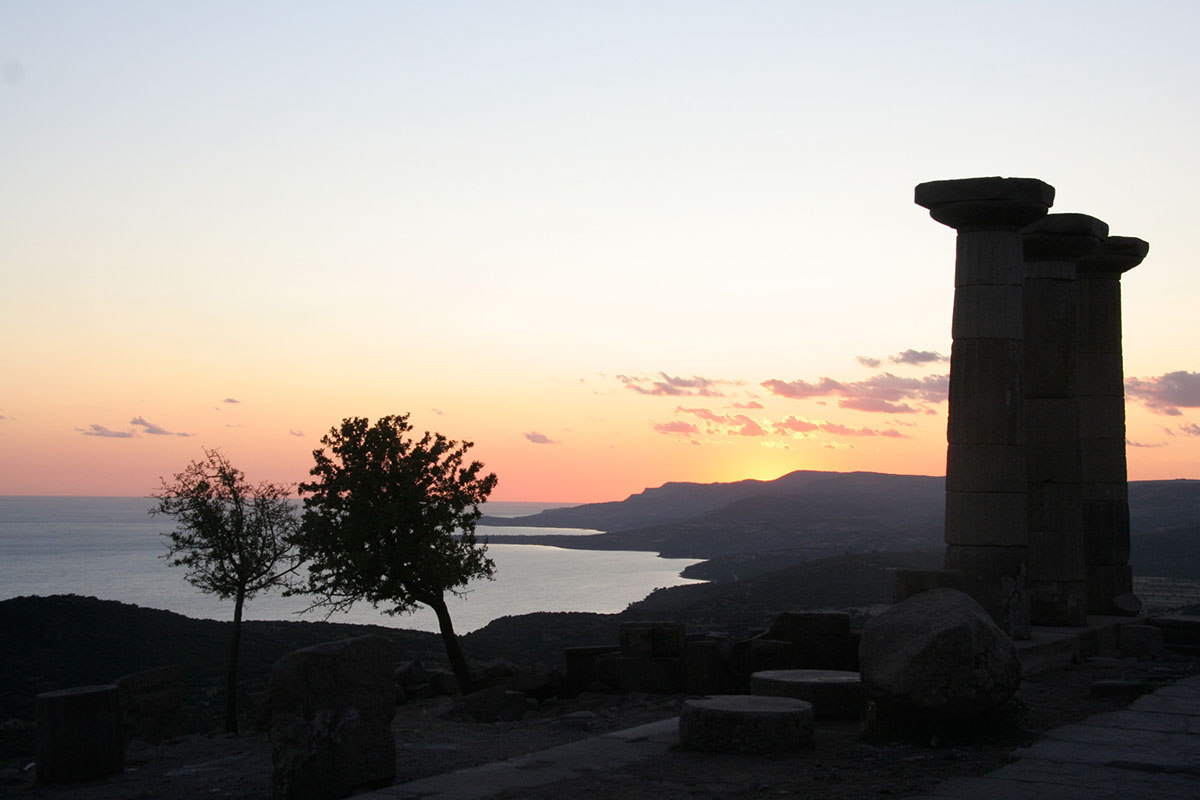 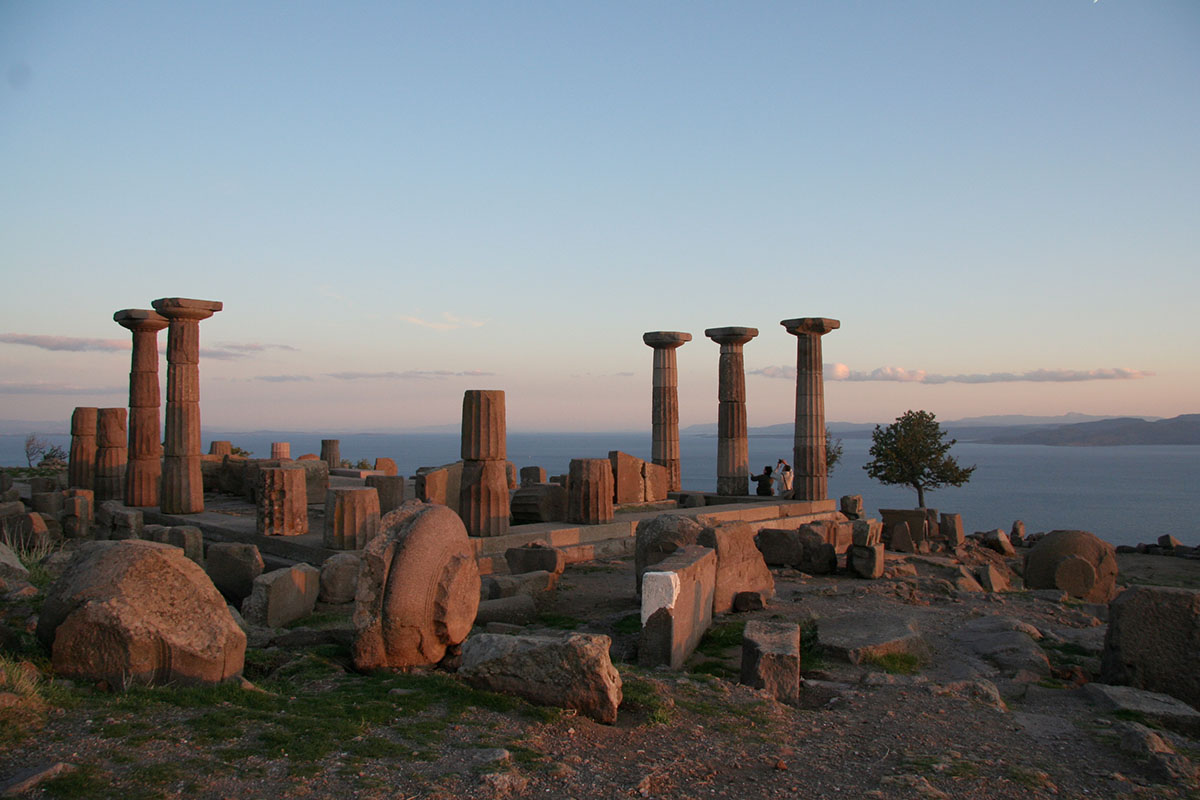 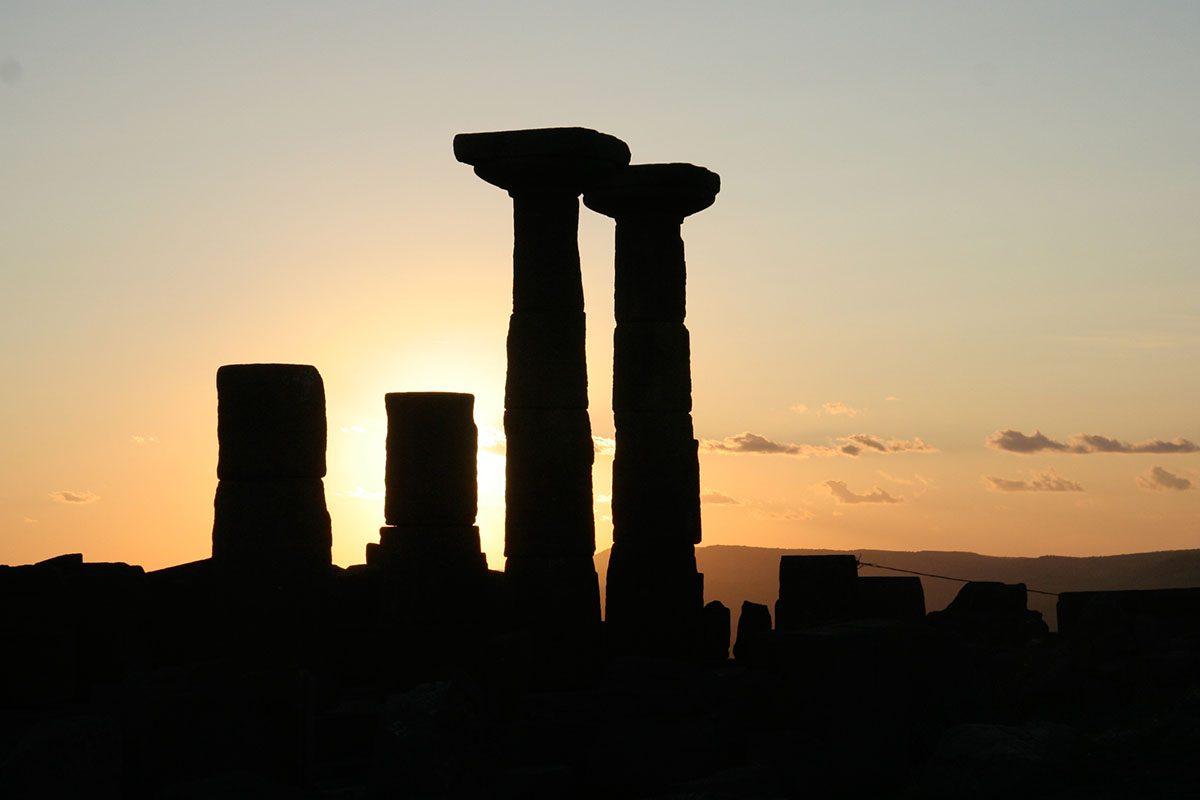 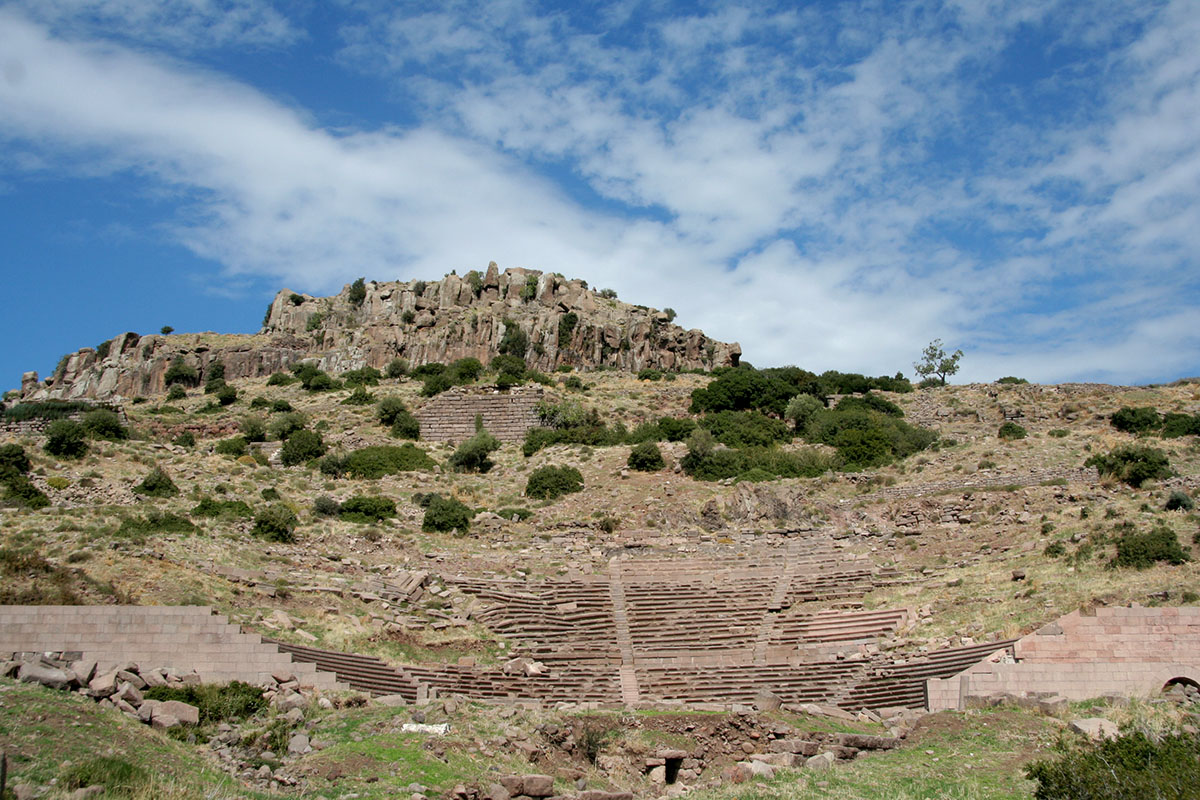 The history of Assos Ancient City goes back to 6th Century B.C. The city was faced to the sea and people were climbing down via terraces to the sea. After the Ottoman Empire had settled to the area, the settlement moved to the opposite site and Behramkale village was founded. The city was built on an extinct volcanic hill, between andesite rocks and 236m high from the sea. Andesite stone was used during the construction of buildings. Altough Assos stone is hard to handle, it is a durable stone; the old people called it ,man eater.  Sarcophaguses made from this stone had been exported in the old days.

The first archeological excavation was made between 1881-1883 in Assos by an American archeologist group. In 1981, during the second start of the excavation, necropol was the first to be discovered. Walls The circumference of the city is covered with 3200m long and 20m high walls. The walls were built in 4th century B.C.There are two main gates that provide access to the city. The area in front of the West and East gates are used as necropolis. Besides simple tombs also grandiose burial places are found.

It was discovered that the necropolis had been used as graveyard for 9 centuries. The oldest burials were found in jars as ashes. In the latter periods, the burials were in jars but as bodies in the shape of embryos inside a mother's womb.  There were presents put besides the bodies as presents. Then sarcophaguses were used as graves. As the sarcophaguses were closer to the surface, they were easy to discover and most of them were rubbed by treasure hunters. The most interesting present for the dead inside the sarcophaguses was a sculpture of women's orchestra.

Temple of Athena is found at the highest point of the ancient city. This temple made during the archaic ages is the first and only temple in Doric order. It still carries its charming environment today. Athena, who is the daughter of Zeus and one of the 12 Gods of Olympus, was the protector of the city. New pillars that were cast from the molds of old pillars are intact. Lesbos, marvelous Aegean Sea and a fine breeze that caress your face are features that especially will take you to the ancient ages during the sunset. Sculpture of goddess inside the sacred room of the temple was taken by the American's during 1800's. Some of the friezes (reliefs) on the pillars are found in Boston Museum, Louvre Museum and İstanbul Archeological Museum. A story of Heracles is told on these reliefs.

It was discovered that the theatre which had been set up on the south slope of the ancient city across Lesbos was destroyed during an earthquake. The theatre with 2500 people capacity had been built inside a hallow rock and was used as a stone quarry later. It is a Roman theatre as far as its construction technique and plan are concerned. The ruined walls of the theatre were restored again. Sitting benches were recast as the original ones. Now the theatre has a capacity of 1500 people and it serves to various festivals and concerts. You can see the entrance of the theatre on the left of the road to the Harbor.

Agora is the busiest place in the city, in which people meet and gather together. The agora of Assos is surrounded by two stoas that were built in different periods.  Stoas were closed areas which protect people from the sun and the rain, and people were walking and sitting under them. Also, there are gymnasium that were built for sports exercises, bouleuterion (assembly building) and ruins of a Byzantium Church around the agora.

Efes Pilsen has been the sponsor for Assos Ancient city since 1995. All the monuments that reveal the daily life from the excavation which is managed by Ass. Prof. Doctor Nurettin Arslan from Çanakkale Onsekiz Mart University, Archeology Department and carried out by 40 people are exhibited in Çanakkale Archeological Museum. You can view current information related with Assos excavation from:   www.assosarchproject.com

Entrance to the Ruins

There are two entrances to the ancient city. One of them is reached inside the village, and it takes you to Temple of Athena. The other one is the West door which you can see on the left side of the road leading to the Harbor. You can see the necropolis, gymnasium and the remains of agora from here. The fee for visiting Assos ruins are 10 TL. Official website: www.muze.gov.tr/assos 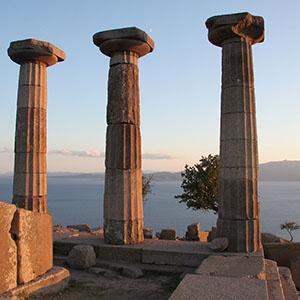 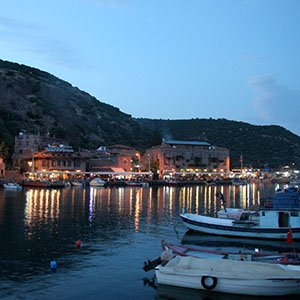 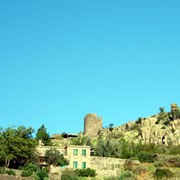 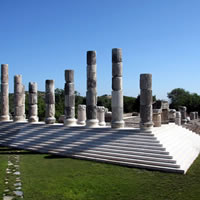 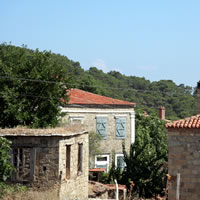 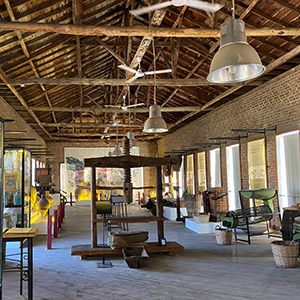 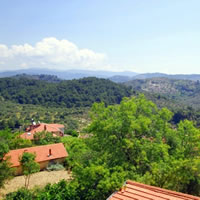